1. He can wrestle a Pack and Play into submission in 5.6 seconds.

2. He doesn’t have to be asked to serve as the baby gear Sherpa when it’s time to leave a friend’s house. He automatically hunts down diaper bags, pacifiers, and all twenty-seven sippy cups, and starts schlepping them out to the minivan.

3. He will gladly hold other people’s babies and not go stiff-armed. He no longer gets that panicked someone-save-me-before-I-break-this-thing expression on his face.

4. He can make any baby laugh at any age. He is not too proud to sing in falsetto, blow raspberries, or play Peek-a-boo. 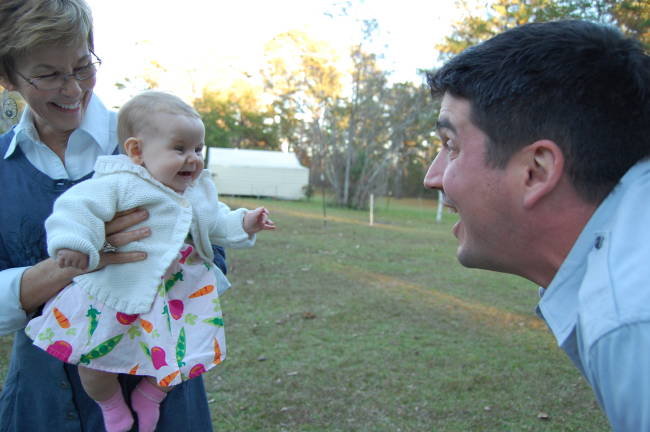 5. When moms start talking baby sleep schedules, he can chime right in and hang with the best of them. If he’s in the mood to show off, he might throw in phrases like “co-sleeping” and “self-soothing” and “Happiest Baby on the Block.” (This makes all the women raise their eyebrows and give him the you’re-in-the-professional-dad-club nod.)

6. All of his jackets have silver streaks on the shoulders, from years of baby snot. He wears them like a badge of honor.

7. He knows how to swaddle.

8. He does not grimace, scream, or run away when a toddler with a loaded diaper-bomb waddles his way. Inside, he is probably still grimacing and screaming, but after so many dirty diapers, he has mastered his Stinky Diapers Don’t Bother Me Expression.

9. However . . . he has also learned to conveniently disappear or get on a “business call” at the first whiff of a suspicious diaper, so that his wife cannot conscript his services. He has also discovered that he can get out of changing dirty diapers if he bribes his wife with twenty kid-free minutes so she can sneak out to go through the Starbucks drive-through alone. (He has not, however, learned that his wife is getting the better end of this deal. Twenty kid-free minutes in a quiet car, sipping non-microwaved coffee, in exchange for changing a stinky diaper? YES.)

10. When his wife discovers lice in a child’s head, and she begins to hyperventilate into a paper bag, he takes over. He grabs the lice comb and goes to work murdering lice. He tells himself that every disgusting moment from his boyhood has prepared him for this.

11. He can walk through a store with multiple children hanging from his legs, having a serious conversation, and never break stride or lose his train of thought.

12. He not only knows how to put on a baby carrier, but he will wear it in public with pride.

13. He can interpret a child’s tickle-screams, and identify the precise moment when a tickle fight turns dangerous. He knows exactly when to stop tickling just in time to prevent a catastrophic pee-pee disaster. (He has learned this the hard way.) 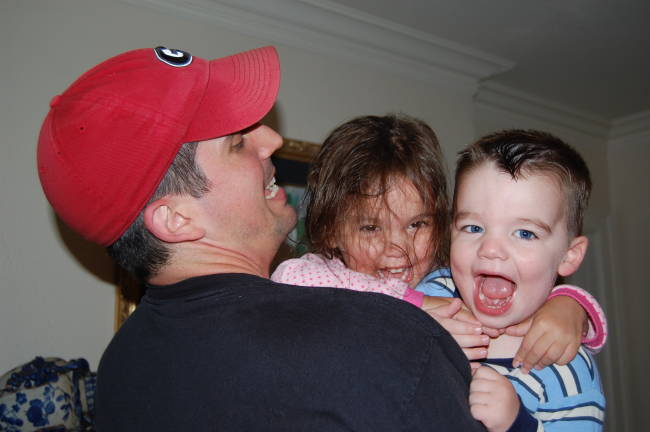 14. If he has to, he can sleep through anything. He can lie down on the couch, turn on golf, and drift off even while children pretend to give him shots and then take turns using his head as a trampoline. 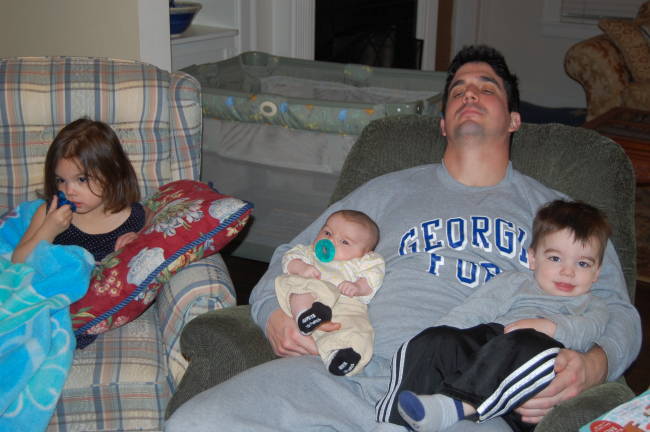 15. However, he has learned that if he wants to take a hardcore nap, he shouldn’t announce his intentions. His only chance is to quietly sneak away while his wife is not looking and bury himself in the bed with the bathroom fan blasting to drown out all the kid noise. His wife will probably be irritated when she finds him there later, but he has performed the cost-benefit analysis, and her momentary wrath is worth the forty-five minutes of stolen sleep.

16. He is no longer fazed when his wife’s pregnant or new-mom friends come over and burst into random fits of exhausted tears. He’s like, Welcome to our world. We feel your pain. Here’s a tissue.

17. He not only remembers to put sunscreen on children at the pool; he has a foolproof step-by-step system for sunscreen application: “Arms up, legs wide, eyes shut, turn fifteen degrees to the right, turn again . . .”

18. He knows that ice cream, Band-Aids, and Daddy hugs can heal almost anything. 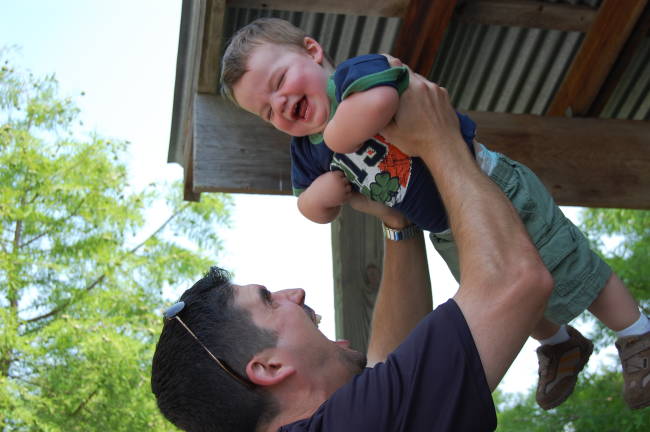 19. He knows the words to every Disney Junior and Nick Junior TV show theme song, and secretly enjoys humming them to himself. (He’ll never admit it, but his favorite is “Mickey Mouse Clubhouse”: “Hot dog, hot dog, hot diggety-dog.”)

20. He can name every Thomas the Train engine and identify most Beanie Boos.

21. He has trained the children well. When Mommy asks, “What did you do with Daddy today?”, they parrot, “What happens with Daddy, stays with Daddy.” 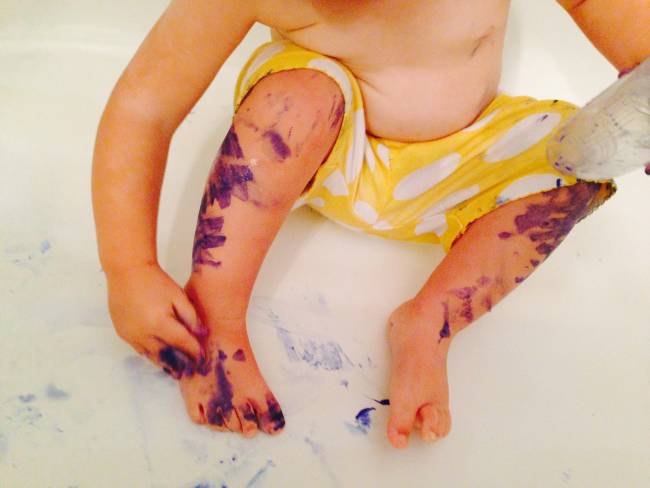 22. He knows that when the phone rings and a little-boy voice says, “Can I speak to your daughter,” it’s time to get a new phone number.

23. He understands that when his just-had-a-baby wife sighs into the mirror and says, “All my clothes look terrible on me,” what she really means is, “I’m struggling with my post-baby body, and I need to know that you still think I’m beautiful.” He knows what to say. (Or at the very least, he knows what not to say.)

24. He knows that you never turn down an invitation to a princess tea party with your daughter, no matter how behind you are on email, because a man only gets invited to so many princess tea parties in his life. 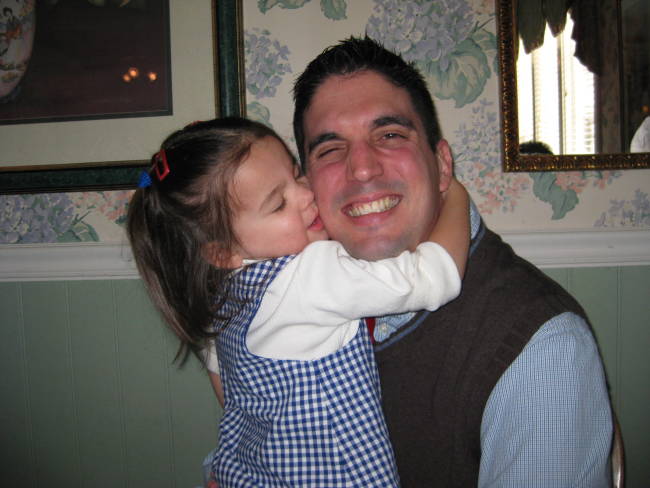 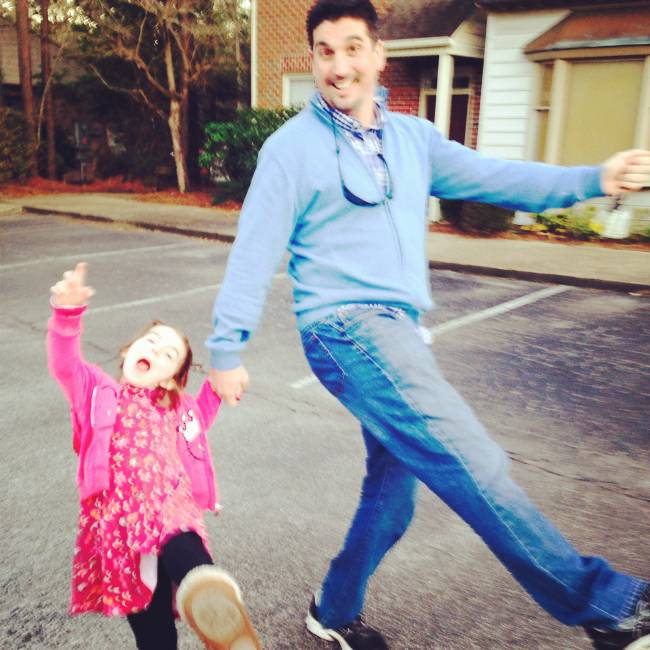 Gifts My Father Gave Me

Don’t forget to subscribe to my monthly parenting newsletter! As a welcome gift, you’ll receive a free download with 7 two-minute devotions to do around the breakfast table with kids!

Previous Post: « Gifts My Father Gave Me
Next Post: Is It Time for a Showdown with Your Kid? » 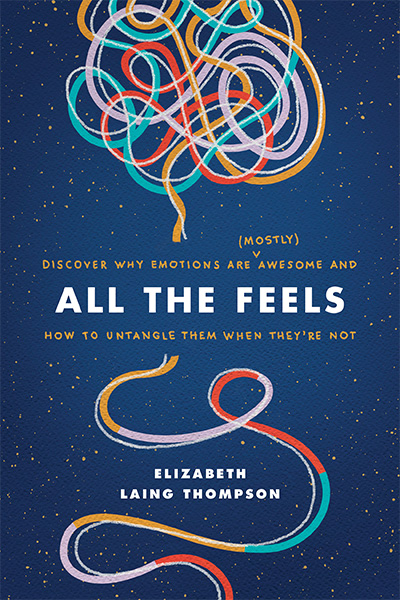 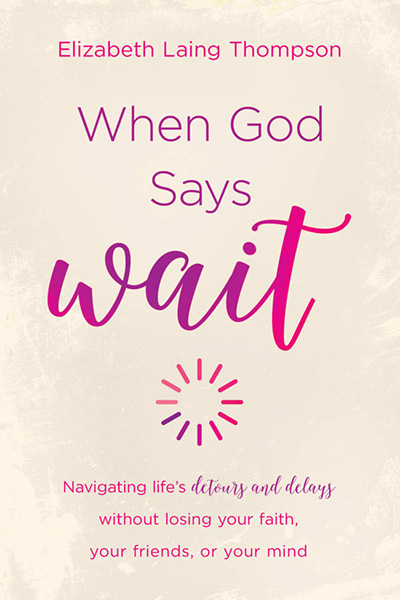 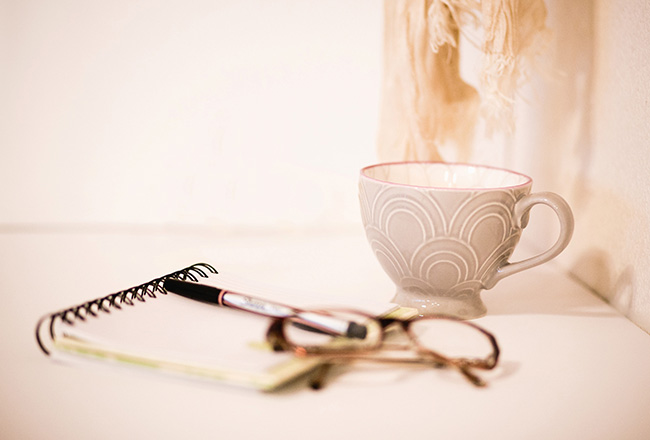